Juan Antonio Fernández is not your typical winemaker. Painter, violinist and eccentric, he runs Liberalia, one of the weirdest bodegas in Toro, a place full of memorabilia and strange visual jokes. Fernández is convinced that his wines like classical music. At different stages of their development he plays whatever he feels is appropriate. “The barrels are dancing at the moment,” he says, as a piece of choral music fills the cellar. And what will he play when the wines are bottled? “Beethoven’s Fifth. Toro makes epic wines, so it needs epic music.”

It most certainly does. Toro is not as famous as Rioja, Ribera del Duero or Priorat, but it is currently one of the most talked about wine regions in Spain. Wine has been made here since the Middle Ages, but it is only in the last 20 years that Toro has been regarded as a potential source of great reds rather than high octane plonk .In the recent tasting of Spain’s 100 “definitive wines” in Madrid, three of them came from Toro, a situation that would have raised Hispanic eyebrows even a decade ago.

The wines in question were from Bodegas Fariña (2000 Gran Colegiata Campus), Numanthia-Termes (2001 Termanthia) and Pintia (2002 Pintia). Of this trio, the best was Pintia, which is understandable when you learn that it is owned by Vega Sicilia, the legendary bodega of Ribera del Duero. The arrival of what is arguably Spain’s finest wine producer in 1997 has done a good deal to boost Toro’s reputation – not to mention the price of old vineyards.

Pintia didn’t release its first wine until the 2001 vintage, despite owning 45 hectares of old vines for four years previous to that. “We had to decide what we wanted from Toro,” says winemaker Xavier Ausás. “This is a very hot area where grapes ripen quickly. That can create problems such as jamminess and high alcohol levels. With some Toro wines, it’s the bottle that finishes you rather than the other way round.”

Ausás did a huge number of experiments in his stylish modern winery, testing everything from yeast strains to oak barrels. One key finding was that Tinta de Toro (the local name for Tempranillo) doesn’t like too much heat during fermentation, which is why the wine is never allowed to go above 28C at Pintia. “Getting colour into your wine isn’t a problem in Toro,” adds Ausás. “The hard thing is express elegance in your wines, rather than rusticity. Making wine here is much harder than doing it in Ribera del Duero.”

Toro is certainly a region of extremes. Apart from its legendary high temperatures in summer, it can also suffer from frost and hail. The DO is situated in the west of the Castilla-León region, not far from the border with Portugal. Most of Toro’s 8000 hectares are planted within the province of Zamora, although some (around Morales de Toro, Villafranca del Duero and San Román de Hornija) are in the province of Valladolid. Toro’s vineyards are planted at altitudes between 620 and 750 metres. This fact, coupled with comparatively cool nights, helps to preserve acidity in the wines; even so, Toro picks its Tempranillo at least two weeks before Rioja does.

Xavier Iturria, the French winemaker at Maurodós, says that there are three distinct terroirs in the Valladolid part of Toro alone: sand and clay around Villaester, stones and clay around San Román and thicker clay soils around Morales. The high clay content found in most of the region’s vineyards is good for water retention, which is important in a region which has only 350mm of annual rainfall.

Like Liberalia, Numanthia-Termes, Bodega Dos Victorias, Estancia Piedra and Pintia, Maurodós is a young winery, owned by Mariano García, who was the long-time winemaker at Vega Sicilia. The winery has 30 hectares of vineyards, which, typically for the region, are dominated by Tempranillo. “We’ve got 95 per cent Tinta de Toro and 5 per cent Garnacha,” says Iturria, “but we sell the Garnacha off in bulk.”

Iturria says that Tinta de Toro is different from Tempranillo in Rioja or Ribera del Duero. “It’s been here for over 200 years and it’s adapted to the climate and soil types.” Even so, it’s hard to get phenolic (tannin) ripeness at the same time as sugar ripeness. “The danger of this zone is that you can have wines with 15% alcohol and still have a wine with green tannins,” he adds. As at Pintia, temperatures are kept low during fermentation to extract as much fruit as possible.

Tinta de Toro isn’t the only grape in the region. Garnacha accounts for 4 per cent of total plantings for a start. There is also a surprising amount of white wine produced from Malvasia (11 per cent) and Verdejo (7 per cent). But Toro and Tinta de Toro are synonymous. This is a wine region that likes to make varietal reds.

Making Toro is not for the faint hearted, however. Victoria Pariente, one of the two winemakers at Bodega Dos Victorias, says that “the wine can be a like a wild horse that you have to tame.” The other Victoria, Victoria Benavides, agrees: “Some people say that we should make wines that taste like Rioja in Toro, but that’s impossible. Without tannin and 14% alcohol, Toro isn’t Toro. This region has so much fruit and flavour in its wines. The challenge is to express it elegantly.”

Their 2000 Gran Elias Mora (imported by Georges Barbier) certainly fits the bill, but what of the other wines that are made in the region? I asked Wines from Spain to put on a 62 bottle tasting back in London so that I could taste a wide selection of the region’s wines and try to draw some stylistic conclusions.

It was a good time to be doing such a tasting. Toro got its Denominación de Origen in 1987, but it has really taken off in the last decade. Of the important players in the region, only COVITORO, Bodegas Fariña and the excellent Viña Bajoz co-operative were in existence when the DO was created. Fariña (Gran Colegiata) and Bajoz certainly make good wines, but the emergence of new stars has had a huge impact on the region’s reputation at home, if not necessarily abroad.

The sad fact is that, however interesting its wines may be, Toro is not easy to find in the UK. You won’t come across a single bottle at Asda, Tesco, Sainsbury’s, Threshers, Somerfield, Oddbins or Majestic. In fact, the only Toros I could find with decent distribution in the off-trade were the2003 Bajoz Caño (£4.49 at Morrisons) and 2001 Finca Sobreño Crianza listed by Waitrose at £7.25.

Rob McIntosh, brand manager for Viña Bajoz at Bibendum, thinks that the major multiples and high street chains are missing a trick. “From a quality and value perspective, Toro is a great area. The problem is that the consumer doesn’t have enough awareness of it as a region within Spain.”

Toro ought to be better appreciated in the UK. By Spanish standards, it is certainly not expensive. Even the top wines sell for less than £30, while there is a lot of good stuff retailing under £10 and one or two stars under £6. Toro isn’t as easy to shift as Rioja (very few Spanish wines are), but it’s making wines of character and personality. Try a bottle at home if you don’t believe me. It might even have you humming Beethoven’s Fifth. 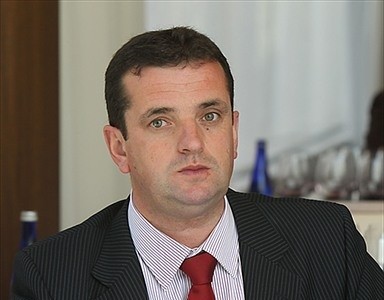 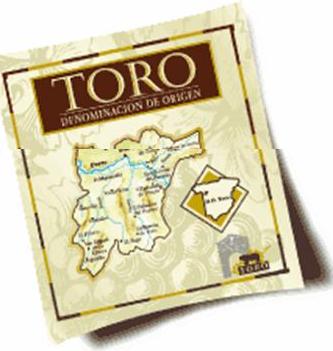